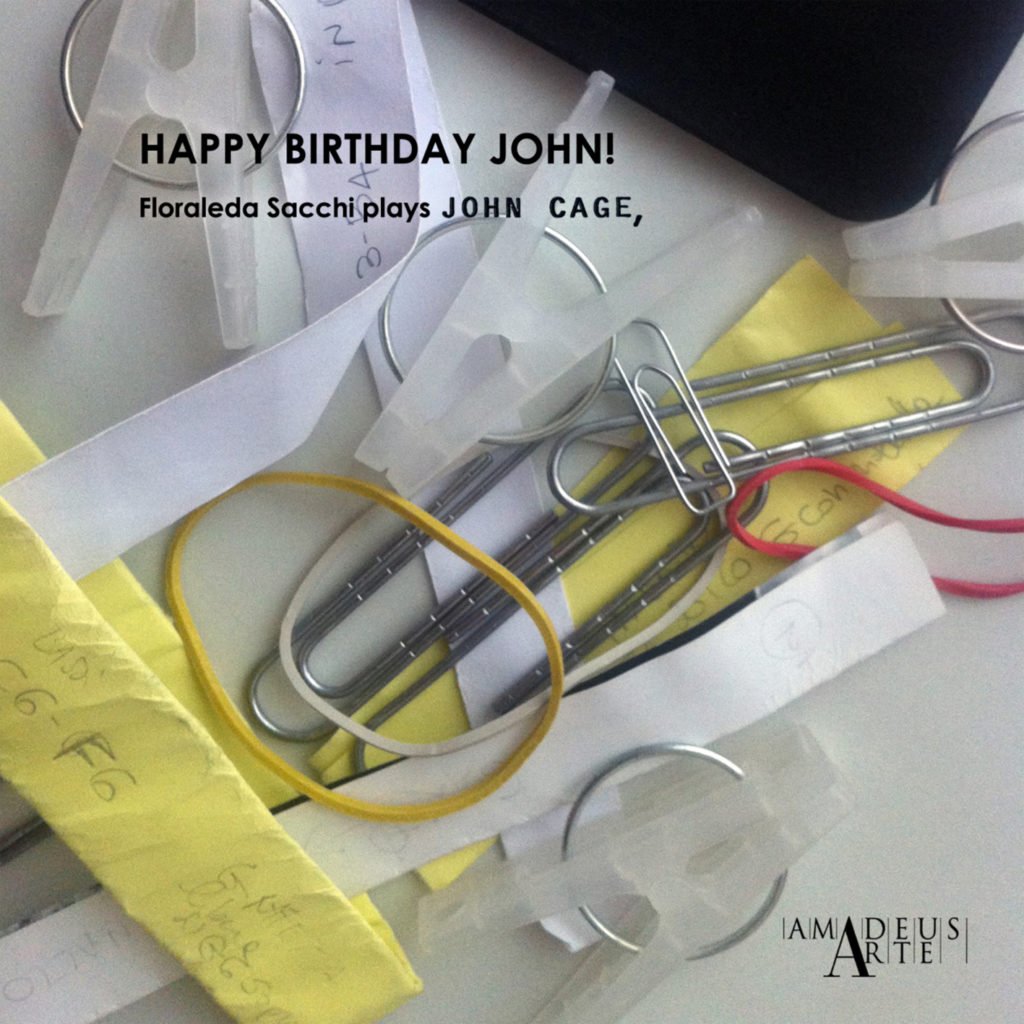 “There’s something about the Zen-garden aspect of John Cage’s music that lends itself particularly well to these interpretations by the Italian harpist Floraleda Sacchi. The instrument is especially effective in the more obviously “beautiful” pieces such as “Dream” and “In a Landscape”, where the undulating, intertwining figures have the same serene intensity as on piano, but are less overtly soothing, always poised on a sharper edge.

The paperclips and cards inserted between strings for the prepared-harp piece “Primitive” produce a buzzy, less percussive timbre than in prepared-piano versions. There’s also one of the noisiest versions of the famous silent piece “4’33″”, thanks presumably to the breeze blowing through the harpstrings, Aeolian-style.”