Choosing to reestablish well-known music works in a new light using interesting arrangements, AVIDO Duo gives them a new character and sound while still upholding their creative foundations. Within its innovative aspect, “Spotlights”strives to connect diverse musical époques and establish an intricate contextual bridge between them. The concept’s structure is based in a development of the music spawning from the Baroque era, over the Classical music period, until the pieces of modern music and Duo’s own improvisations. This progress is presented by the unusual blend of sound timbres, musically arranged in a way to enable the interchanging of the melody between the two instruments. “Spotlights” simultaneously showcases and glides through the musical époques, crossing between them with an unnoticeable transition with a sophisticated sound conception, ultimately creating
a new artistic-musical endeavor.

Avido Duo
Formed in 2015 and based in Vienna, AVIDO Duo, consisting of Alvaro Collao León Saxophone and Djordje Davidovic Accordion, started from the very beginning with big steps. Having won prizes at competitions in Ann Arbor, Michigan (USA), Osaka (Japan) and given successful performances around the world, AVIDO Duo has brought something new on classical musical scene. Formed by two talented musicians, represents a wide palette of sounds, rhythms, melodies and ornaments of their times. They have an ability to create a strong and unique way of feeling and performing the music, connecting the scenic art with outstanding works of Baroque, Classical and ‘crossover’ music interpreted by saxophones and accordions. AVIDO Duo offers its audiences an opportunity to travel through different époques with a particular sonority of their instruments. 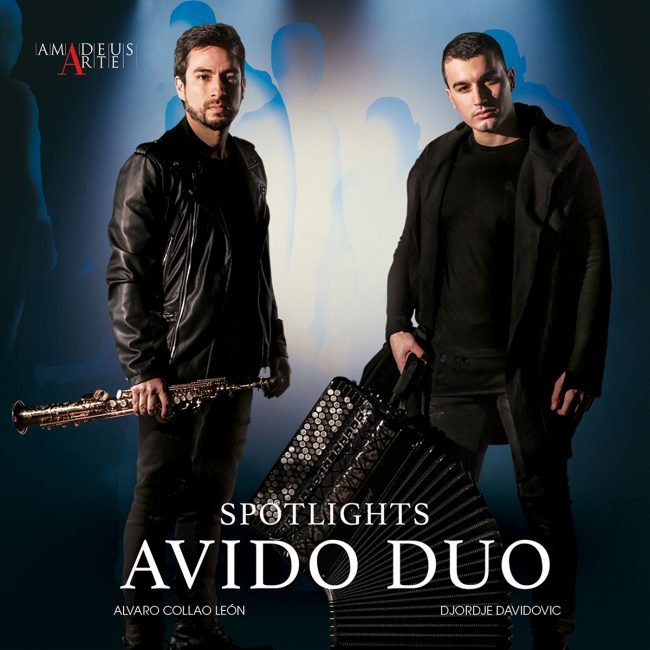