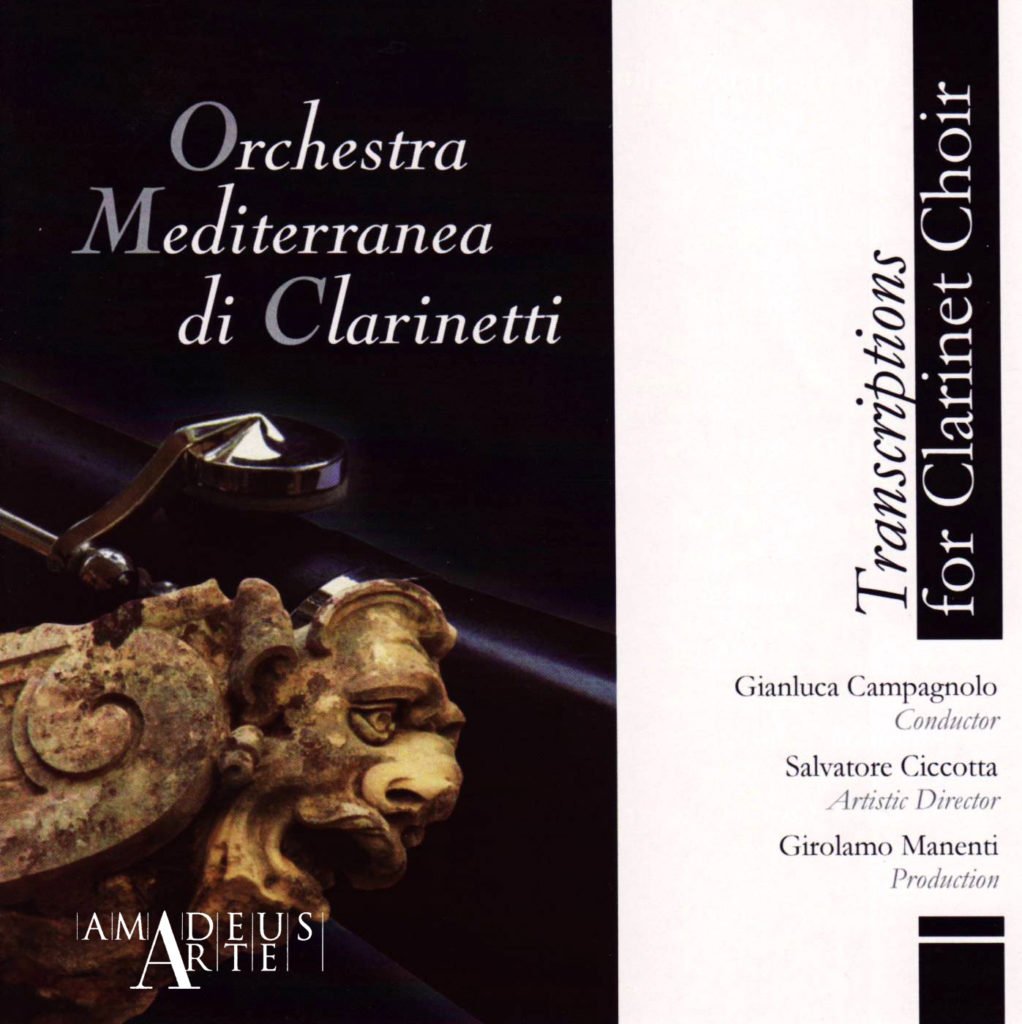 The Orchestra Mediterranea di Clarinetti is a very fine clarinet choir and, with their director, Gianluca Campagnolo, they have made several recordings of this type. Like any ensemble with very similar timbres, this is a bit of a niche attraction and the performances have to be very good. This group is, indeed, very good and these arrangements are mostly quite nice.

For my tastes, I did think that some of the melodies stood up to this type of transcription better than others. Maybe it’s just me but I did not like the Bach transcriptions as well as some of the others, most notably the Kachaturian and the Bartok; for example. There is also a bit of ‘oom-pah’ quality in the Verdi Traviata Prelude that sounds just a little trite on a bunch of clarinets instead of the bottom end of a full orchestra.

Almost all the melodies represented here are very well known. In fact, there are other woodwind arrangements, such as clarinet choir, saxophone ensemble and so forth of the Dvorak Slavonic Dances, the Bartok Folk Song Suite and the Kachaturian Armenian Song(sometimes called Traditional Armenian Melody.) (Incidentally, there are several different ways of spelling the composer’s name. The “real” one when translated from the Cyrillic is Khachaturian.)

It helps too that some – if not all – of the arrangers are clarinetists who have written for an ensemble like this before. For example, Lucien Caillet and David Hite are big clarinet names from different eras. I also enjoyed hearing some of what – to me – were unknown tunes; such as the very “feast band” sounding Valzer by Borrometi and theVienna Baroque Suite by Schwartz.

In this collection, I liked the Mozart selections quite a lot; who, of course, wrote several substantial works himself for clarinet and/or basset horn ensembles. His windSerenades, for example, are amazing pieces of music. I also liked the Bartok Folk Song Suite a great deal and the sultry (and well known) Mascagni Intermezzo from Cavalleria Rusticana.

All in all this is an entertaining little collection of very likable and familiar music. I do think the arrangements I mentioned work better than some of the others, as described. The performances are quite good, too. (There are just a few moments when intonation; especially in the highest voices, is a little tricky but I know first-hand this is a risk with the genre)

I’ve always found playing in groups like this a lot of fun and listening to them mostly fun. I think this will appeal the most to clarinetists but there is a bit of something for everybody.